"DREVOLUTION" in partnership with Holz House. A detailed press release.

This summer, a workshop on modern wooden architecture, the DREVOLUTION went to the Astashovo tower, rebuilt in an abandoned Galich on the border with the boundless Forest. The initial theme of the Shelter workshop as a result of hours of hikes in the surrounding area, artifact finds, impressions from original history and myths was supplemented with the motive of "disclosure": seven architectural objects were delicately, meaningfully, subtly marked in the landscape, emphasizing the beauty of the area. And to accept the result of this two-week rush is probably not otherwise, in the words of the curator of the workshop of Nikolai Belousov, as with delight!

About the tower-room Astashovo you can talk endlessly. The place is unique to everyone - and the archetypal history, and the wonderful people that live in it. It is better to go there - to witness and experience everything personally. And the choice of this place, removed almost 500 km from Moscow into the depth of the abandoned territory of the Chukhloma land - is an unconditional hit to the point and the success of curator intuition.

Architects took off over the forest

Our heroes are 28 young architects and designers (plus one carpenter) from Moscow, St. Petersburg, Voronezh and Tyumen. Some came by teams, most teamed up spontaneously - by sympathy. For two weeks of immersion, all participants thought through, created projects and built their own hands seven architectural objects located on a tourist route in the neighborhood of the tower. So there were appeared wings, a swing, a bridge, ways of measuring, a forest workshop, a chair and a children's dream - a house on a tree. All these are unofficial names of objects, invented partly by the participants themselves, partly by the jury members, who did not cease to admire the talent and perseverance of the participants this year.

Above the tops of the firs is a small red house. According to legend * it is there that happiness lives. To get to it, you need to take off. And to fly, you just have to push off the ground and close your eyes.

* wings on a meadow

* composition at an abandoned church

The development of the concept of the object began with the choice of the design site. Church of the Deposition of the village of Ozerki. The church is a shelter, a spiritual shelter for a person. This is a place where you can hide not only from material dangers, but also from routine thoughts and feelings.

* composition from the slab

The object we associated with the forest, history and philosophy. On this territory the ancient people of Meria once lived. Little is known about it to historians. After the arrival of the Slavs, who possessed a richer culture, the choice arose before the Meryans, to live with the Slavs, to agree with their customs and culture, but, having lost their own or continue its development path. So Merya disappeared, some among the Slavs, and others - dissolving in the forest ...

A lot of full, interesting information about this wonderful event, you can find in the official press release, which we are pleased to offer to your attention today. And a few more pictures from the "DREVOLUTION" - in addition to previously published. 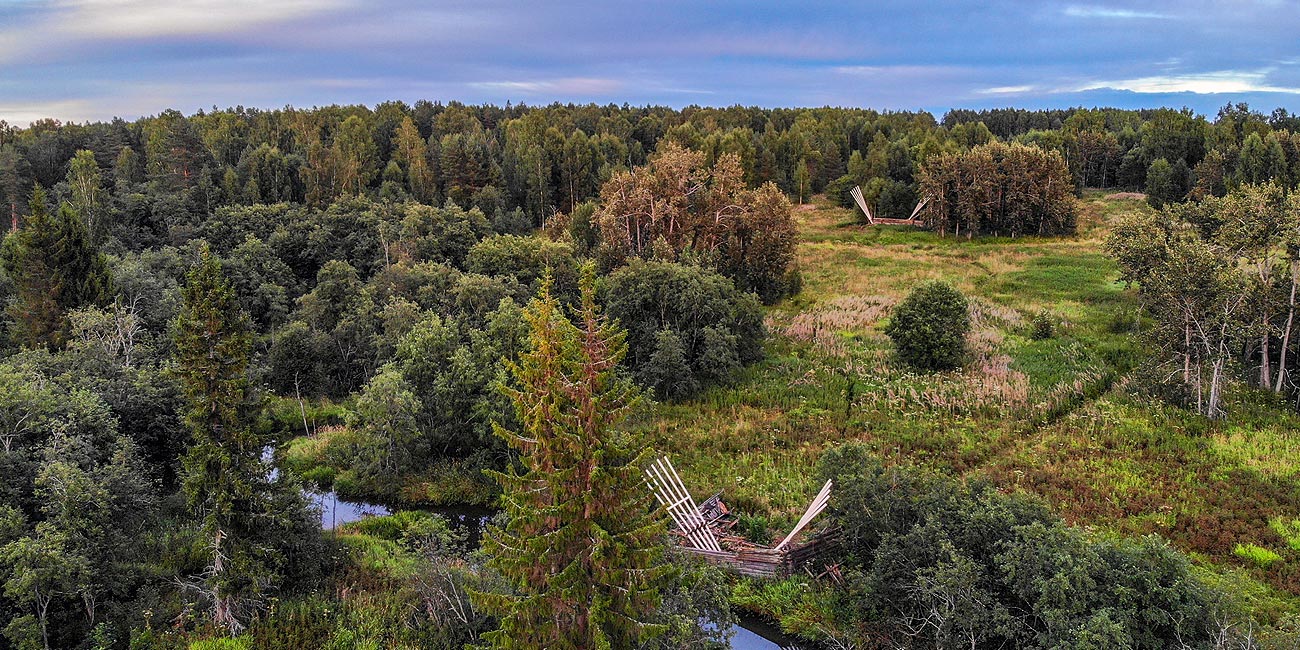 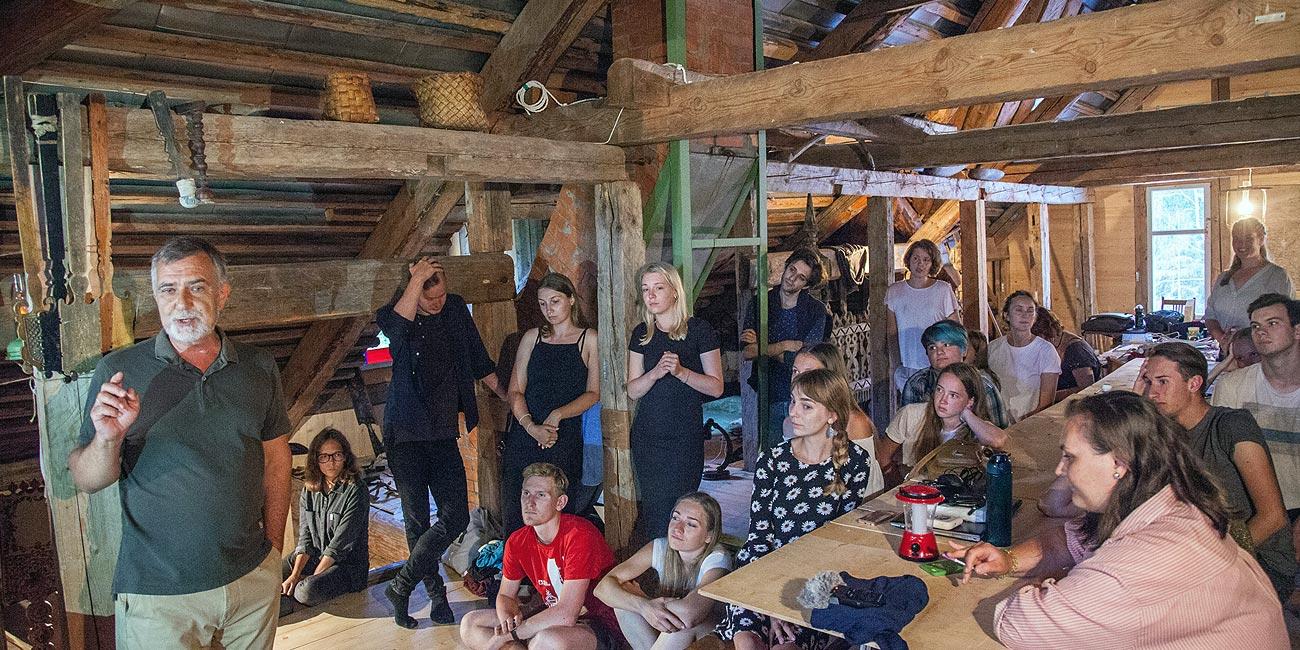